Net Neutrality: Will it Affect my Business? 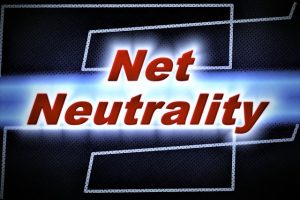 If you’re a frequenter of global news, or if you’ve just had your eye on the U.S. over the last year, you’ve likely heard of an ongoing debate over net neutrality.  Some say it’s the worst thing and needs to be repealed while others fight for their right of equal bandwidth for all.  If it is repealed there, will it have a ripple effect on the UK?

What is Net Neutrality?

In its most simple form, net neutrality is a set of regulations that prevents internet providers like Baltic Broadband from altering the speeds provided for different websites.  Every website you visit, from this one to Netflix, is by law required to offer you the same speed.  It’s a clear positive for customers and one that we at Baltic wholeheartedly agree with.

The only real reason net neutrality was scrapped in the US is because of their capitalist society.  They’ve more or less got a monopoly of three main companies providing internet and net neutrality prevented those three from competing to the fullest extent.  The FCC (the branch of government dealing with communications) decided that the best way to get those companies competing was to scrap these rules.  With them scrapped, they believe that competition will increase through new internet packages.

Could a lack of Net Neutrality in the United States affect my company?

Unless you’re a global brand then probably not.  Well, not directly, anyway.  Your website and your own website-viewing abilities will remain almost totally unaffected.  If you are a global brand then you very well could be affected.  With no regulations in place, internet providers in the United States could actually go so far as to hinder or completely stop people from going to websites overseas.

As of right now, the EU has rather strict guidelines about net neutrality and is wholly on the side of the consumer.  Net neutrality is likely not going anywhere any time soon.  Unfortunately, we are.  Through brexit, we’re likely going to be leaving the EU in the coming months and so and regulations put through by the EU could ultimately be scrapped.

It’s unlikely that our regulation will be going anywhere any time soon as there’d be strong opposition to such a move.

All-in-all, net neutrality is a good thing for customers.  It helps keep your internet running smoothly and is fair between all businesses.  Luckily, the U.K. will likely be keeping net neutrality and so what happens in the United States shouldn’t affect you or your company at all!